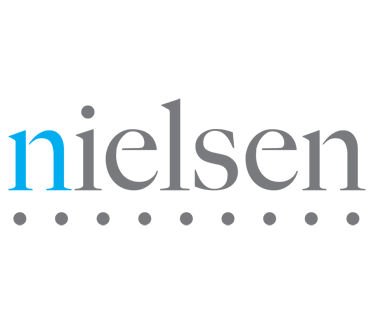 AM/FM radio is an ideal advertising medium for quick service restaurants, says a new ROI study from Nielsen, in which the research firm compared the impact of and relationship between radio and television marketing. For one, it found that not only does the profile of frequent fast food restaurant visitors align with heavy AM/FM listeners, but visitation patterns of QSR establishments also mirror AM/FM radio’s daytime listening spikes.

While Nielsen has conducted dozens of sales lift studies for AM/FM radio campaigns, this is the first time the sales lift of AM/FM radio and TV were examined in the same study. Commissioned by Cumulus Media with Westwood One, Nielsen matched PPM panel data with purchase data to reveal how the two platforms impacted QSR sales for a major national restaurant chain.

Nielsen conducted a spend analysis of the campaign that ran from March 1, 2018 through May 31, 2018, comparing those who were exposed and unexposed to determine ad effectiveness. Among the findings: Though the major national restaurant chain spent only 20% of their campaign investment in AM/FM radio, the impact was significant. Of the 77 million consumers reached by the entire campaign, nearly half (49%) of them were reached by AM/FM radio. AM/FM radio delivered nearly half the reach and half of the impressions (45%) with a smaller budget than TV.

“Despite light spend levels, AM/FM radio delivered extraordinary impact,” writes Pierre Bouvard, Chief Insights Officer at Cumulus/Westwood One on the Westwood One blog. “AM/FM radio was also more cost-efficient than TV,” delivering a cost per thousand impressions (CPM) that was 33% of TV. AM/FM radio’s cost per thousand net reach was also lower, only 38% of TV’s. In addition, 23 million consumers were reached by the AM/FM radio campaign but did not see the TV ad, adding 43% incremental reach to the total campaign. 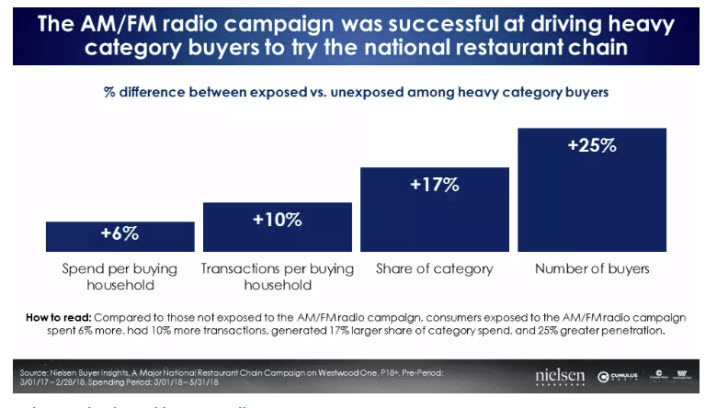 Op-Ed: Lawmakers should say ‘no’ to subsidies for Exelon nuclear plants

YouTube yanks school board meeting from site over COVID-19 comments, later restores it